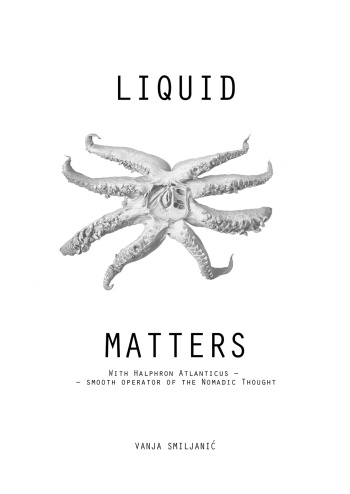 Exploring the complex configuration of identity, nationalism and body politics by engaging with different New Religious Movements is the method Vanja Smiljanic has been using in her artistic research for the last 9 years. By focusing on marginalised communities that operate on the fringes of “socially acceptable norms” she is commonly performing a collective re-visiting of their particular practices with a goal to re-apply them as empowering tools within the current socio-political context. With this act she is placing in practice alternative methods for critical thinking that, instead of judgmentally stigmatising, are allowing for new viewpoints, consciousness, hopes and actions to emerge.
Throughout the entire duration of the exhibition “Liquid Matters” the audience is invited to test different methods of attaining spirographic liquidity, and consequently reflect on the state of permanent revolution of the self and its contextual relationship to the environment.