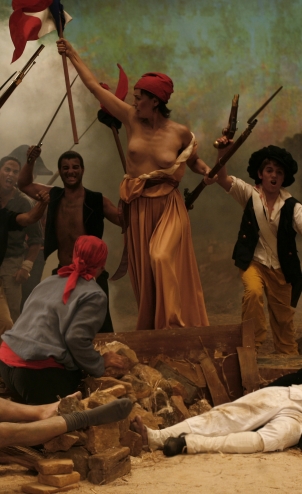 The silent majority has spoken – so at least the populists would tell you. All over the world, minorities are being pushed back into place. New culture wars erupt, as self-proclaimed national mainstreams reassert their ethnic, religious and political identities. But what does it really mean when “the people” themselves suddenly appear in uncountable numbers, as enigmatic majorities?

In the short films featured in this show, artists face “the people” in moments when that category is celebrated or only just constructed, manifesting itself in uncanny images and bizarre social configurations. Confused orders of battle replace any clear geometry of left and right. There is no clear ideological vector; the compass is broken and its arrow can swipe to any side.

Democracy is abolished by popular demand, majorities become enigmatic, inscrutable, and threatening, while difference is drowned in the silent static of unanimity.

The exhibition is part of PLURIVERSALE VI.