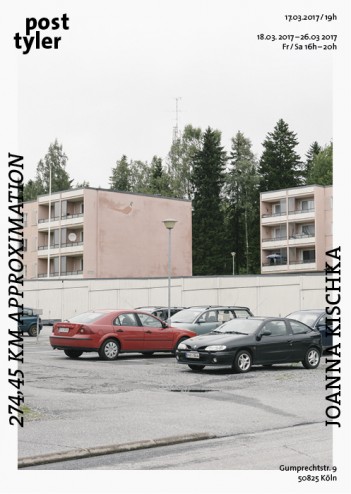 In August 2016 Joanna Kischka walked almost the entire public space of Vaasa, Finland. In this performative act she exposed herself to this foreign space on daily new routes. She tried to approach the place by grasping, occupying it. She drew routes through the place and the place left signs in her. Images, which represent a excerptive approach to the foreign.