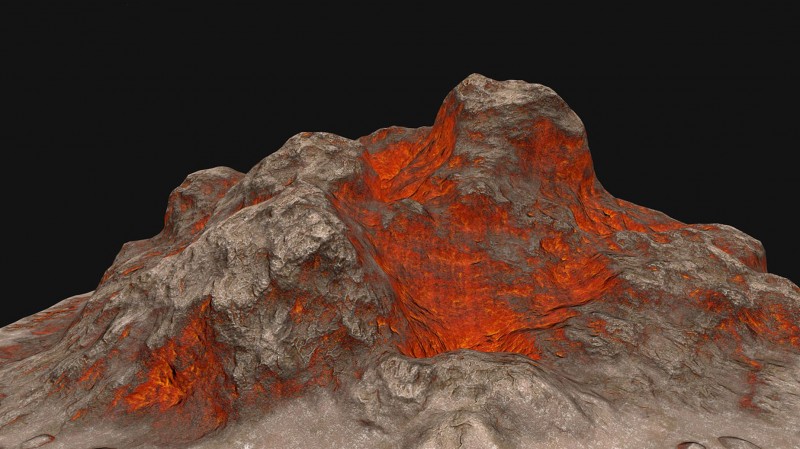 Lito Kattou is the winner of the ART COLOGNE Award for NEW POSITIONS 2018. As part of the prize she presents an exhibition with new artworks at the artothek – Raum für junge Kunst.

Bodies are now absent. Beings in constant redefining have abandoned their weaponry. The surrounding landscapes have probably absorbed their bodies… All these paths and roads they have taken and walked… And then, all of a sudden, the majestically standing mountains, volcanoes and rocks have incorporated those fighters in their multi-layered structures. An absolute captivation, where organic matter flows back in inorganic matter and what is “technology” is spitted out at the top layer. Now, in solitude, those new body-personified landscapes are more present than ever and so they will pursue continuity in deep-time existence. Still geological forms and bodies/monuments in transcendence, boiling, frustrated voices of matter. Frozen? Is it Gaia in a slightly aggressive or extrovert mood? They are standing there waiting for the next reaction, the next millimetres of transformation in their own understanding of volume and time.

"Empty Afternoons" brings together a new series of works by Lito Kattou, continuing the development and research of her interests in posthumanism, ecological concerns, non-patriarchical understanding of matter, moments of transformation, the absence and presence of the body, modes of roaming and intimate communication and flatness as a an articulation of volume. The symbolic power of what a mountain/volcano and a bow could be is revealed and unfolds through the personification of the landscape. All wall pieces are digital incarnations of rocky geological terrains captured in various angles, taken from 3D models through simple screenshots and then saved on her desktop. The images are digitally printed on synthetic textiles. The lightness and transformability of the textile as a material solidifies by a chemical component. The terrains are captured in a moment of unfolding or stretching out and in this way petrified textile, flat wall sculptures are created.